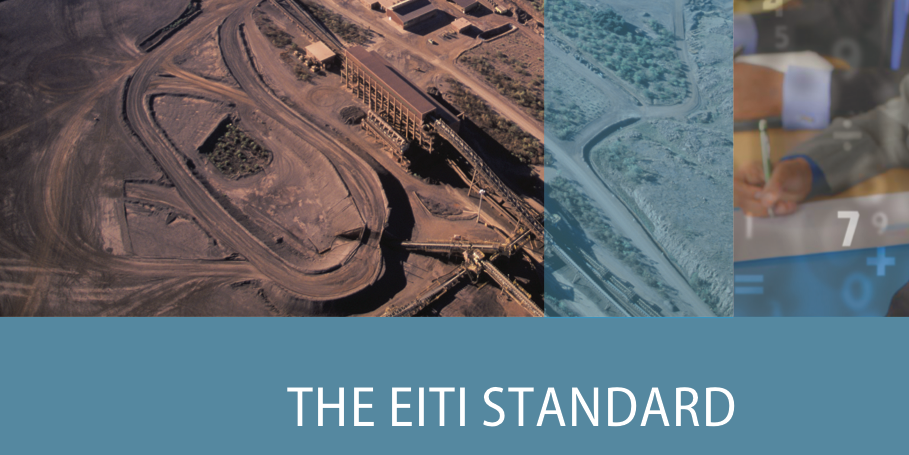 The Extractive Industries Transparency Initiative (EITI) is a global coalition of governments, companies and civil society working together to improve openness and accountable management of revenues from extractives. In May 2013 in Sydney, Australia, the new EITI Standard was launched. Implementing countries were presented with a new challenge: set your own objectives for EITI and go beyond just an annual reporting exercise. One year on, Mongolia has embarked upon a range of new initiatives that both maintain its position at the forefront of EITI implementation and have the potential to improve governance of the country’s extractive industries.

Why is EITI so important in Mongolia?

1,676 companies holding 3,049 leases, exploration licences and production sharing agreements are working across Mongolia’s vast lands, exploring, mining and drilling for an array of solid minerals and hydrocarbons. Extractive companies are active in one third of Mongolia’s 350 soums. The moratorium on new exploration licenses could soon be lifted, opening the door to more companies and more dollars. The extractive industries dominate – and will continue to dominate – the Mongolian economy for years to come. All Mongolians are affected directly and indirectly by the sector, both positively (in terms of Mongolia’s improving public services and infrastructure made possible by increased government revenues, for example) and negatively (in terms of environmental damage and the lack of job creation by a capital-intensive industry). Mongolians, therefore, have an interest in – and a right to know – what taxes and royalties companies are paying to national, provincial and local government, who the beneficial owners are, what they are licensed to mine for. They want to know what state-owned companies are doing too, and how government is spending the revenue it is getting from the extractives sector. Given this is the information that EITI collects and disseminates, the initiative has particular relevance and use in Mongolia for government, civil society and the general public.

The number of companies participating in EITI in Mongolia grew to 1,531 last year, more than any other country in the world. While this is undoubtedly an achievement, transforming a large paper-based dataset (the 2012 annual report was over 1,600 pages) into useable information that contributes to greater transparency and accountability in the sector has proved challenging. EITIM, with the support of the European Bank of Reconstruction and Development and Adam Smith International, is transforming the EITI reporting process by creating an efficient, electronic system – “eReporting” – that will feed into a publicly accessible database. Similar to an “open data” initiative, the new system, being developed in partnership with a Mongolian software company Interactive LLC, will integrate with software tools for visual presentation of data, free-to-use tools that are in the public domain and cadastral maps. Users of the information will be able to produce “mashups”, overlaying extractives data with other datasets such as unemployment and water resources.

A weakness of EITI in Mongolia (and in many other implementing countries) is its sustainability – it is dependent on a World Bank grant, typically given for two years at a time. Gaps between grants lead to uncertainty and the postponement of important activities. Adam Smith International has worked with the Mongolian Ministry of Mining and EITIM to develop a new sustainable institutional model and legal framework for EITI implementation that will see the creation of a Mongolian-led and Mongolian-financed initiative. Additionally the EITIM Law, soon to be submitted to parliament, specifies the roles and responsibilities of the many stakeholders involved. Legal clarity provides the private sector with the certainty they need to invest and operate, and reduces compliance costs. It also provides Mongolian citizens with a basis on which they can hold their government to account, and gives EITIM the prominence it deserves.

What else needs to be done?

EITI is undoubtedly a useful tool for Mongolian civil society to hold government and companies to account and for government to provide sector information to the public. A third and currently missing ingredient needs adding before EITI realises its full potential: companies need to benefit from it too. They need an incentive to do more than just submitting reports each year. While some companies are more active than others in EITIM, all need to recognise the utility of EITI in forming their social licence to operate. For this to happen, EITI needs to play a role in informing dialogue between companies, mine-affected communities and local government. This requires EITIM to provide relevant, localised information to those communities, hence the importance of the catalytic effect of the EITIM open data initiative. Once companies realise the benefit of EITI and view it as more than just another reporting exercise, then EITI in Mongolia – and in many other countries – will demonstrate its full value.

(Edited from a report by Jonathan Pell in The Guardian, UK. The contents were produced and are controlled by Adam Smith International.)