The future will remember 14 November, 2019 as a momentous day in the history of post-transition Mongolia when the 64 members present in parliament unanimously voted for the first substantive changes to the Constitution since its adoption 20 years ago, thus concluding five months of public debate on ushering in a new era in public affairs.

The opposition, with a strength of 12 in the 76-member House, stayed away from the voting, but several of the amendments adopted had been proposed by it and the public perception of the overall amendment exercise is that it has been an act of national consensus. Nobody knows what the future holds, but for the moment, people are relieved that a prolonged period of uncertainty is over and that the important reforms would allow a government to “function in a more orderly manner”, in the words of the Speaker of Parliament.

The generally held view has been that imperfections in the Constitution have been responsible for the inequal distribution of public wealth, the economic crisis, and the slow development of the country. Politicians have also claimed that amending the Constitution was essential to get anything done. Nobody admits openly that the ethical lapses of the ruling people and their feuds over holding political power are possibly stronger reasons for the mess than problems with the Constitution.

The Constitution came into force on 13 January, 1992 and the first amendments were made in 2000. The seven major changes then made soon began to be seen as flawed and this time six of them have gone. The third and final reading of the amendment bill was over in three hours, and the lack of acrimony raises hopes that the amendments will indeed have a positive impact. 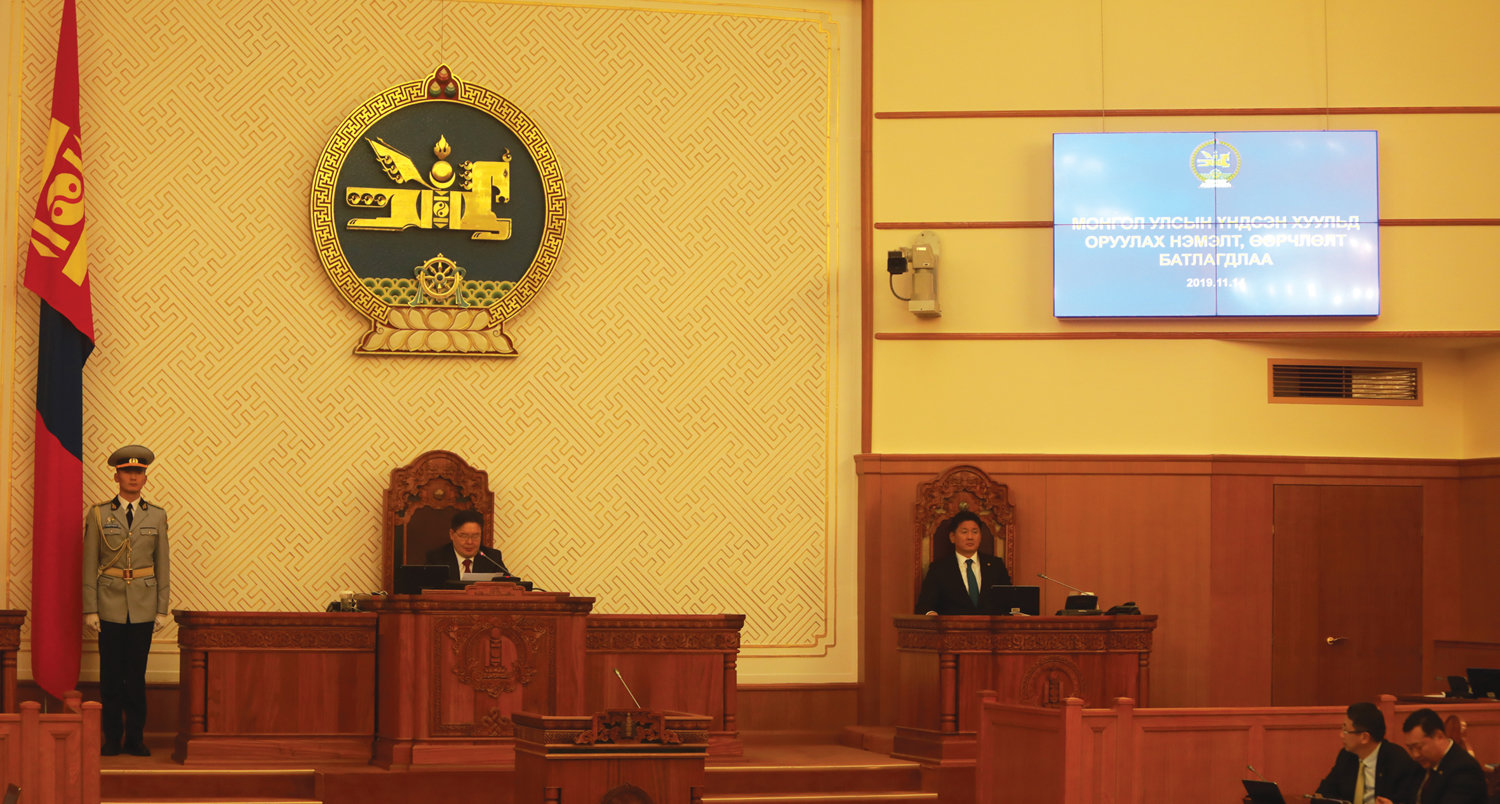 With fewer grounds for instability, Governments are likely to have a longer life. People, especially investors, have been dismayed by how no recent government has lasted for more than two years and how every new government has overturned the policies of its predecessor.   Since 1992 all that was needed to show a prime minister the door was a vote to the effect by a majority of members present. Now, at least 19 members would have to give notice of their intent to dismiss the prime minister, the matter will be discussed within 3-10 days and he/she will have to resign only if a majority of the strength of the House – 39 in a parliament of 76 members --  so want. Parliament will appoint a new prime minister within 30 days, and if it fails to do so, it will be dissolved.

From now on, budgetary expenditure, once approved, cannot be increased except when sought by the government. This will stop the later inclusion of programmes that are populist and wasteful or meant to further partisan interests. Some sort of compromise has been reached on what has become known as the “double-deel” issue, in that the amendments allow the Prime Minister and up to four other ministers to be from among members of parliament.

The minimum age for a presidential candidate has been raised from 45 to 50 years, and a president will now have one 6-year term instead of a possible two 4-year terms. The present President will be eligible to stand in the next election, which will be for a 6-year term. If he wins it, he will be head of state for 10 years, a Mongolian first. Another eligibility criterion for a candidate would be permanent residency in the country for not less than five years. The amendments have also given some new powers to the president.

The amendments pertaining to the judicial sector raise hopes of genuine reforms to make the judiciary independent and responsible. Clear directions are now in place about the composition and powers of the Judicial General Council.

The amended Constitution says: “The land except for what is in a citizen’s private ownership, as well as the subsoil with its mineral wealth, forests, water resources, and game is the property of the State and the public. Benefits of the subsoil with its mineral wealth shall go to the National Wealth Fund and shall be used fairly to multiply.” Everybody had agreed on continuing with the ownership of the natural wealth to be vested in the State but it was the President who had suggested that they be defined as property of the public. Now it is constitutionally mandated that Mongolians are collectively entitled to money from their subsoil wealth. However, this goal cannot be reached easily, and our public life should first be transparent.
The president and some members of parliament wanted an amendment to say that not less than 51 percent of the after-tax profits from mining strategic deposits will be allotted to the state. Realising the possible pitfalls in making things so specific, parliament accepted the principle but expressed it in a softer and more general way. The clause now reads to say that laws have to be enacted to ensure that most of the benefits from mining deposits of strategic importance go to the people. It is now for the head of state to initiate such laws.

We have had enough of populist statements from government leaders such as references to an imaginary 30 families who monopolise the mining sector, or plans to nationalise deposits whose location and amount of reserves are anybody’s guess. Such bombast will not usher in responsible mining. That has to evolve as a social contract. Responsibility should exist in all spheres of economic activity, so why be so harsh on the mining sector which is carrying Mongolia’s economy on its shoulders? Why take steps that scare away foreign and domestic investors, why discriminate against them, and why confuse them with laws and regulations that contradict themselves?

The mining sector waits in vain for clear and stable policies and for working norms appropriate in a decentralized federal system. The aimags of Khovsgol, Arkhangai, Uvs and Zavkhan have announced that they wish to be no-mining territories. Why should this not be respected and why should some of the strategic deposits that Erdenes Mongol says it will develop be in these same aimags? If natural resources are the property of all citizens, do not the people of an aimag have the right to decide what they wish to do with their ownership?

Despite there being a state policy on the mining sector, the government struggles to find the right way. It is thus significant that in such a time of directionlessness, leading mining companies have launched a campaign to work according to a Voluntary Responsible Mining Codex and to evaluate themselves at five levels. The sectoral ministry has supported the initiative as a model of reliable and responsible operations and the National Mining Association has agreed to provide support. The exercise is sure to raise the reputation of the participating companies among the public and earn them the coveted social licence to carry on their work.

Media also have a big role to play in developing responsible mining. People will be able to form the right attitude to mining only when they get accurate, unbiased and reliable information. This was heard time and again on the evening when the Mongolian Mining Journal hosted the Local Mining Journalists Awards ceremony. In the past we had honoured companies for their performance and principles, and this year was the turn of local journalists to show what they had gained from the seminars and training workshops we have held in the last ten years to widen their knowledge base and improve their communication skills. Only miners will not bring in responsible mining; it will come when politicians, the media and the ordinary people also understand their own responsibility.