The real battle will be after the election 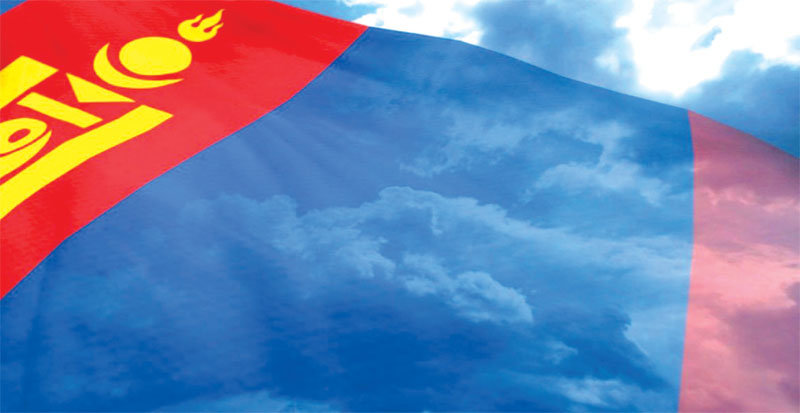 The Parliamentary election is going to be held in times of difficulty for candidates, voters and the country alike. The popular observation that the MPP is in power when there is a mineral boom while the bust phase of the cycle keeps a DP government company was proving to be true until some time ago when mineral prices started going down. The MPP’s campaign boast was expected to be that it had revived the economy left ailing by the previous government, but that is unlikely to resonate with the voters now. Several scandals such as the one around the SMEs Development Fund have also dented the MPP’s reputation, but, on the other hand, people admire its success in ensuring that there has been no loss of life in Mongolia from COVID-19 and acknowledge that while the coronavirus situation continues to batter the economy, the government cannot be faulted for this.

Indeed, this last can turn out to be the MPP’s trump card, as it avoids blame for the troubled economy but claims credit for taking up an MNT-5.1 trillion stimulus programme. The success of the programme would not be known until well after the election, but for the moment the voter will be wooed and awed by the promptness and the size of the Government’s response. And if individuals find national concerns a bit remote, there is the Prime Minister’s announcement that every child will have MNT100,000 a month for six months, that is until October. Add to this the ETT dividend that should be reaching everybody near enough the polling day so that the sense of cheer does not die down.

Not that these calculations are infallible. Before the 2016 election DP offered to buy one third of everybody’s 1072 shares for MNT300,000, an offer quite similar to cash distribution. It also ran endless television ads claiming credit for several impressive projects, such as building auto roads and urban development. However, it all ended in a very big defeat for the DP.

Now the DP is determined to regain power, while the MPP is similarly determined to retain it. However, the two are not the only ones on ‘the big battlefield’. The Zuv Khun Electorate coalition, the New Coalition, other individual parties, besides independent candidates, are in the fray and all can notch up an upset victory or at least of being the cause of another’s defeat.
Everything will be clear in a few weeks. Whichever government comes to power, it will have its work cut out, for our economy is too small to withstand too much pressure. It has already contracted 10.7 percent in the first quarter of the year, the most since the end of the ancien regime.

There is more bad news. Earlier this month, Reuters reported that The European Commission was considering putting Mongolia in its list of states that pose a financial risk to the bloc because of anti-money laundering and terrorism financing shortfalls, and Moody’s changed the outlook on the Government of Mongolia’s issuer ratings to negative from stable. 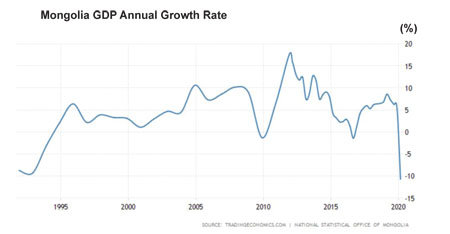 As for the EU move, Mongolia is right now in its grey list of tax havens, after having been taken out of the more restrictive black list in 2018. Whether it would be moved back there would be known only in October. Such blacklisting means an automatic bar on Mongolia receiving any funding from European sources, though EU Ambassador Traian Laurentiu Hristea has said that even if the EU takes the action, it would not entail imposition of any financial or economic sanctions on Mongolia, but only improve the control over the identification of customers in transactions.

Any EU move fortunately might not have any strong effect on the exchange rate of the MNT, unlike what happened when FATF put Mongolia on its own grey list on 18 October 2019. The MNT weakened against the USD and has continued to fall. That means the cost of imports goes up, affecting almost everybody. The COVID-19 lockdown has given a push to the MNT’s plunge.
The trend can be buckled only by strong export performance, but several factors came together in recent months to the detriment of Mongolia’s exports. As of May 15, the country’s export earnings fell by 46.6 percent YoY to $1.56 billion. Coal export is gradually recovering, but there is less income from copper and oil export and export value gap is widening.
The dollar index DXY given below indicates how it performs against other major currencies. An upward DXY curve means the dollar is stronger against other major currencies, making things even worse for the MNT. 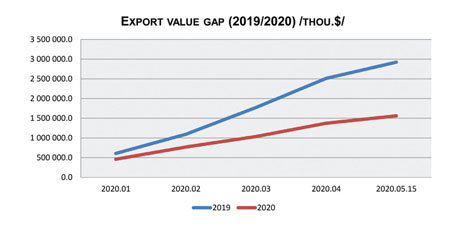 The Finance Minister has claimed that 85 per cent of the goals set in the IMF’s 3-year Extended Fund Facility programme ending this month have been met. At the same time, however, the USD has become 14 percent stronger in this period. This is in sharp contrast to the 12 percent gain in the MNT’s strength against the USD at the end of the earlier 18-month IMF programme in 2009-2010.
And maybe the Minister was a bit premature in his optimism. One goal of the programme -- tightening fiscal discipline – has been achieved but lower export revenue and the expensive stimulus package could easily undo the gain. Another goal -- stabilising economic growth at 6-8 percent – will certainly be unachievable after the depredations of COVID-19. Things are too fluid to guess where the economic growth would be at the end of the year, but there are some rays of hope. Between January 1 and May 15 coal export was just 5 million tonnes, 61.5 percent less YoY. But in the 15 days of May alone, it was 900,000 tonnes, almost the same as the one million tonnes exported in the whole of April.

Moody’s recent downgrading of Mongolia’s rating from B3 stable to B3 negative is unlikely to affect our credit opportunities, but it has also warned that three things taken together -- falling export revenue,  rising fiscal expenditure because of COVID-19, and the proposed MNT5.1-trillion stimulus package – could take the fiscal deficit from the 4.8 percent it projected in the beginning of the year to 8.5 percent.
A larger deficit means the government would need to borrow more. Moody’s estimate is that countering the trend of easing the debt burden in recent years, which brought it down to 60 percent of GDP in 2019, Mongolia could end 2020 with government debts standing at slightly above 70 percent of GDP.

The agency predicts GDP this year will grow by close to 1 percent, the least since 2016 when it was 1.2 percent. Foreign exchange reserves totalled $4.4 billion in February 2020 but could fall to $3 billion as the year ends.

What is so disturbing and distressing is that it is impossible to make an informed projection of where the COVID-19 situation would leave the economy and if we shall ever be able to return to normal economic life. We have said before that as a small economy our capacity of endurance is limited, but it is also true that our very smallness gives us a special resilience. By the time our next issue is ready, the election would be over, with all its excitement and one-upmanship things of the past. A new government should also be in place, and we can only hope for the sake of the nation that it has the sense, seriousness and skills to find a way out of what threatens to be an economic abyss. That will be the real battle for whoever wins the battle of the ballots.