“We need to be realistic and re-do the budget”

B.Lakshmi, an economist by training and presently Director of the Research Centre for Economic Policy and Competetiveness, tells G. Iderkhangai that difficult times such as now call for adoption of long-term policies and not temporary plugs. She also thinks a period of economic strain is not the right time to take up banking reforms. The conversation took place towards the end of April. 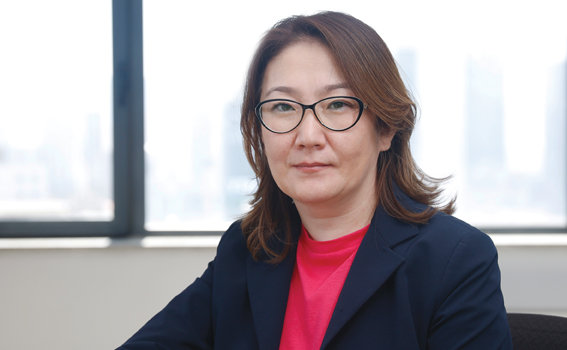 We began the year full of economic and social optimism but just weeks later, we are in a crisis.   How do you see the situation?
You are right. When the state budget was discussed at the end of last year, there was much to be optimistic about. The aimags in the Gobi were allocated substantially higher budgets than those that had lower incomes. The budget revenue was calculated differently, with tax revenues included. As part of the reform of taxation laws, the social insurance fee had been increased, but the budget revenue figures show that receipts from this would be 42 percent less.
Things were expected to be quiet until after the end of the parliamentary election, for foreign – and domestic -- investors would decide on their plans only after knowing what the next government looked like.  Commodity prices were high, and we all hoped for a quick end to the China-US trade war. All this has now changed.

The budget was to spend large amounts on building things like cultural centres...
Money from the budget should be spent only after considering the cost-benefit ratio. Billions are budgeted to build cultural centres in the soums. We are, of course, told that the costs would be easily recouped but that is very unlikely. Indeed, the possible income from them would not cover even the runing costs or pay for the heating and the electricity. Nor will they generate employment, besides creating the positions of a director and a watchman.

So, you are with those who would like the budget to be amended?
I am surprised by the government’s determination that it would not do so.  It has become clear that the actual revenue will be far short of the projection. We need to be realistic and re-do the budget. Coal export has resumed, but it will be long before both the volume and the revenue are what they were. Most workplaces are closed or working with severely reduced capacity, so they will pay much less in social insurance premium than estimated. Building this and that cannot be a priority in the present situation.  What is the point in building a tourism complex in Khentii when it is clear that foreign tourists will not come this year? You cannot revive the economy if you do not support the economic entities.

Do you agree that in this time of crisis we should have a bigger budget?
I do. Of course, it is right to increase public expenditure when the economy is bad, just as when it is good, such expenditure should be kept under leash. The problem is: does the Government have enough savings to allow it to go for more spending? There is no question that our strategy to get out of the crisis must be through productive public spending. And who knows when the pandemic situation would get better? That might not be before many months, given that it takes time to find a vaccine. So what we need is careful long-term planning, but all that we get is stop-gap measures. Fire-fighting would not take us to to a sustainable economy; for that we need new and comprehensive policies.

You said the government must support economic entities. Just how should this be done?
Last year, the Government revoked the licences of many active mining companies. Several major tax-paying companies have closed their doors.  All this helps make the crisis worse. In addition, there are big debts to be settled, starting from next year. Before that, in June, we shall have to pay China a hefty sum as per the swap agreement. The MNT keeps falling against the USD and the fall is always more prominent in August, before the start of a new school year. That is also when the pandemic situation is likely to be worst.

The Bank of Mongolia has reduced its policy interest rate but many feel it should have been reduced more. Is there such a possibility?
Generally, the policy interest rate is lowered to allow more money to circulate in the economy, by making it easier to borrow from banks, but this will not happen now. The problem is much deeper to be solved by this move alone. We need a comprehensive plan to be implemented in phases that logically lead from one to the next. Most companies feel they cannot continue beyond 2-3 months without funds. Most economists think the central bank’s policy interest rate can be reduced considerably further, but that means lending would become less profitable for commercial banks. They are already in a difficult situation, and the steep rise in the volume of their non-performing loans will have a negative impact on the economy.

The Prime minister has asserted that the banking sector will be reformed. Is it the right time to start the work?
No, not in these difficult times. Banking reforms have been discussed for many years and are a part of the IMF’s Extended Fund Facility program, but they can wait for now. It would, however, be right to make a clear division between retail banking and corporate banking, to ensure that individual depositors’ money remained safe, and there is no repetition of what happened in Zoos Bank.
I would rather have more spending from the budget on improving the health sector, where no significant investment has been made for many years.

Several economic entities have expressed their support for the Prime Minister’s “Seven Decisions” programme. Unfortunately, the general public feel they have been kept in the dark about the whole thing. Can you tell us more?
Actually, it is strange that the Prime Minister took such decisions on his sole authority. Any issue related to the budget must be discussed in parliament. I am one of those who want a Prime Minister to have more powers to take quick decisions in certain situations, but on this occasion his statement that monetary support would be provided to all economic entities was corrected just a week later by the Finance Minister. Since almost every business is in trouble, nobody was happy with the government’s abrupt reversal of position, particularly the self-employed, who took it as a cruel joke on them. Maybe the government’s intention was good, but it had not done its homework well and adequately.

One of the seven decisions was to lend money at 3% interest to wool and cashmere companies. Was it a good decision?
It is wrong to fix the date for cashmere purchase and set a price for it. You do not actually support economic entities by forcing them to pay MNT100,000 when the market price is MNT60,000. It seems that the government does not apply its mind to any issue in its entirety.

The Finance Minister has said that about MNT3 trillion out of the total MNT5.1 trillion required for overcoming the crisis can be obtained as loans from foreign countries. Has any country been approached?
I do not think any intergovernmental agreement has yet been reached. In any case, the traditional donor countries themselves have been badly hit and might not be able to offer much help.

President Battulga told MPs that Mongolia should try to get a part of the $2.5 trillion the UN Conference on Trade and Development plans to offer as very soft loan to help developing countries tide over the Coronavirus crisis. Has anything been done in this regard?
The Word Bank and other international donor organizations are rendering financial or other kinds of support, but for a country to be eligible, it must submit a detailed plan of action with specific details and with intended and expected results. Projects to help the more vulnerable groups are a priority and so is support for small and medium enterprises and businesses.

The Bank of Mongolia sells gold to earn foreign exchange which we now need more than before, but it is getting less gold from those who mine it.  How can it ensure that more is offered to it for purchase?
Last year, gold producers were forced to stop their operations, so naturally there is less gold for sale. On the other hand, the tax exemption on equipment used by small and medium enterprises should help them produce more. It would be good if these measures are continued. Returning to the old royalty rate of 2.5 percent would also bring more gold to the central bank.

From May 25, all mineral resources will be formally “state and public” property. This is to be reflected in the proposed Law on the National Wealth Fund the draft of which is believed to be ready. Will this help in equal distribution of the profits from mineral resources among all citizens?
I have not seen the draft so cannot answer your question. We are disappointed that we were not involved in any way in preparation of the draft. Its contents are unknown to most, despite there being a law mandating that any draft law must be circulated among professional organizations.

What do you think of Vision 2050?
Here, too, those who prepared the draft of the document did not seek our views or used our expertise in any way. However, about a month before MPs were to discuss the draft, we received a letter from Parliament Office requesting us to submit our views on the concept. We did so.

The Aimags’ Competetiveness Report 2019 recently released by your Centre has put Dornogobi in the third place. What led you to improve its ranking from the last report?
Dornogobi is seeing accelerated development. Among the new things coming up there are an oil refinery, a railway, and apartment buildings, all needing substantial investment. That is a sign of its improved competitiveness. There can be no national prosperity without local community development. As there are no jobs in the aimags, people are forced to migrate to the capital city, with the result that Ulaanbaatar is now home to 46 percent of the total population of Mongolia. One projection puts this figure at 53 percent by 2025. When preparing the competetiveness report, we carry out opinion polls among entrepreneurs, and have found in the last three years that they have three priorities. First, they want support for small and medium entereprises through liberal grant of low-interest loans. Second, they do not favour selection through tenders. Third, they want more budget allocations to purchase goods and services from local communities. These three would provide work for many, and keep them at home, with an improved standard of living and quality of life.