Quiet progress being made on rare earth elements

A. Temuujin is Manager of a project unit set up last year to improve the legal environment for exploration, mining and extraction of rare earth elements and to assess their economic efficiency. In this interview he tells E.Odjargal what the unit has been doing and what we might see in the coming days. 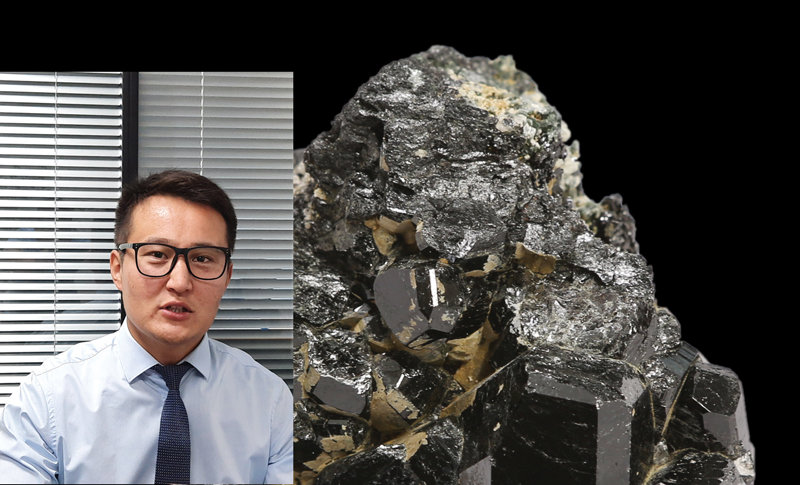 Given the global demand for them, Mongolia can expect sizable foreign investment in its rare earth elements deposits. How can we use this opportunity?
Today, we are in the age of the fourth industrial revolution, and rare earth elements or REE are crucial to keeping our society running smoothly as they are used in many devices that people use every day such as computer hard drives, DVDs, rechargeable batteries, cell phones, catalytic converters, magnets, fluorescent lighting and also in things that will be used more and more in the coming days, such as electric car engines, solar panels, and wind turbines.  They are also an important tool when transitioning to a clean-tech-driven economy.
There are 4 confirmed REE deposits in Mongolia and some 80 occurrences have been found so far which require further exploration. Putting these mineral resources into economic circulation will be very good for Mongolia but REE deposits are not the same as those of common mineral resources such as gold or copper or coal and such, and there are special problems in their commercial exploitation. Besides, we have to use mining methods that are eco-friendly and go for public-private-academic partnership when seeking foreign investment.

The World Bank estimates that we have rare earth elements worth $10 billion. Why, then, has it taken us so long to begin thinking of them?
It was always a niche sector, and came under the spotlight only in 2010, when China suddenly announced its intention to restrict its export of rare earth elements, causing a flurry in countries, almost all of them highly developed, where industries were heavily reliant on REE and any disruption of supply would have severe consequences. Since then, these countries have been in search of new sources of these elements.

As I said, there were, and still are, only a few players in this sector. For example, most of the world’s REE demand was met by a US company up to, say, 1980, and since then the major producer has been the Bayan Ovoo Iron and Rare Earth Elements Plant in Inner Mongolia, China. As such centralized production was serving everybody’s needs, other countries felt no urge to develop their human resources and processing technology. This latter, as I have said, is complex.

How much is the proven reserve of the rare earth elements in Mongolia, and exactly what REE do we have? And, how much geological study have we made on them?
According to the Mineral Resources and Petroleum Authority (MRPA), Mongolia has REE reserves of 3 million tonnes. As for the study, whatever is being done is done by the companies holding the exploration licences. The most difficult thing is the ore processing technology.

Apart from money, such studies require substantial investment in human resources. Serious prospecting and exploration was done in the socialist days, but since then, the responsibility has fallen on private companies. As I said before, the work was taken up in real earnest only after 2010, when groups from Germany, Japan and Finland came here for the purpose. Cooperation with them has led to many good results. The material basis of the research work has been strengthened and the human resources developed.
All the 17 metals which together are called REE are found in Mongolia.  Light rare earths are dominant in deposits in the Gobi region, such as Mushgia Khudag, Khotgor and Lug River, while the other type – heavy rare earths – are more common in the Khalzan Burgedei deposit.

The general investment environment is not so bright now. Does this affect possible investments in the REE sector?
Investors in mining come in two types.   There are those who invest as a business proposition, to make money by selling the mining output, but there are also those who seek the right material for their own manufacturing units, wherever these may be. We expect the second group to be more interested in our REE deposits and working with them should not be difficult.
Your project unit was established to work for improving the legal environment of exploration, mining and extraction of REE and for assessing the deposits’ economic efficiency. Can you tell us a little more about the unit?
The Rare Earth Elements Study Project Unit was established under Government Resolution #176 of May 1, 2019 and Resolution #16 passed by the Board of Directors of Erdenes Mongol LLC on May 10, 2019. Our main job is to create a favourable environment to put Mongolia’s REE deposits into economic circulation. Our unit has people who have been working on REE technology for many years, such as Dr. A.Khaumdas, Consulting Engineer and a professor, and Dr. D. Enkhbat, who teaches at the University of Sciences and Technology and has for several years been studying how REE ore can be chemically processed.

What are the main things you have done and what difficulties have you faced as a new entrant in the mining sector?
We have held meetings with all the companies conducting exploration work and signed memorandums with some of them. In December we visited the REE mines in Inner Mongolia to identify areas of possible cooperation.
At present, the unit has two priorities, first, to select an area where REE production can be concentrated; and second, to find investors. We have chosen the production area and the process of securing the required licence has started. As for the second, a meeting with German and Japanese companies has been held and we are working on the cooperation proposals.
There have been two indirect and long-term achievements. First, some kind of study has been conducted throughout Mongolia, although often in isolation of one another. Second, all this is helping a group of young Mongolians to pick up the required skills.

What are the main goals of the Rare Earth Elements Programme of the Ministry of Mining and Heavy Industry, and how will these be reached in the planned two phases between 2020 and 2024?
We contributed some ideas to the program. Its focus is on putting REE deposits into economic circulation. The most important thing is to resolve the investment issue.  In the meantime, our unit hopes to conduct some geological exploration work and also identify the most apt ore processing technology. We shall study the suitability of hydrometallurgical processing and of producing monoxide of rare earth elements meeting market requirements.

Which deposits are likely to be the first to be put into the economic circulation?
I cannot give you details beyond saying that we have selected a certain area and plan to obtain the required licence.

Will you just export the REE ore or shall we get a processing plant?
Of course, it is better to export value-added products, but we must first make a roadmap. Maybe having an industrial cluster would be a good idea.