Talking to E. Odjargal before the lockdown in November, S. Bold, Senior Economist at the Asian Development Bank (ADB), comments on whether Mongolia needs a new wealth fund, and on the economic situation during and likely after the pandemic. 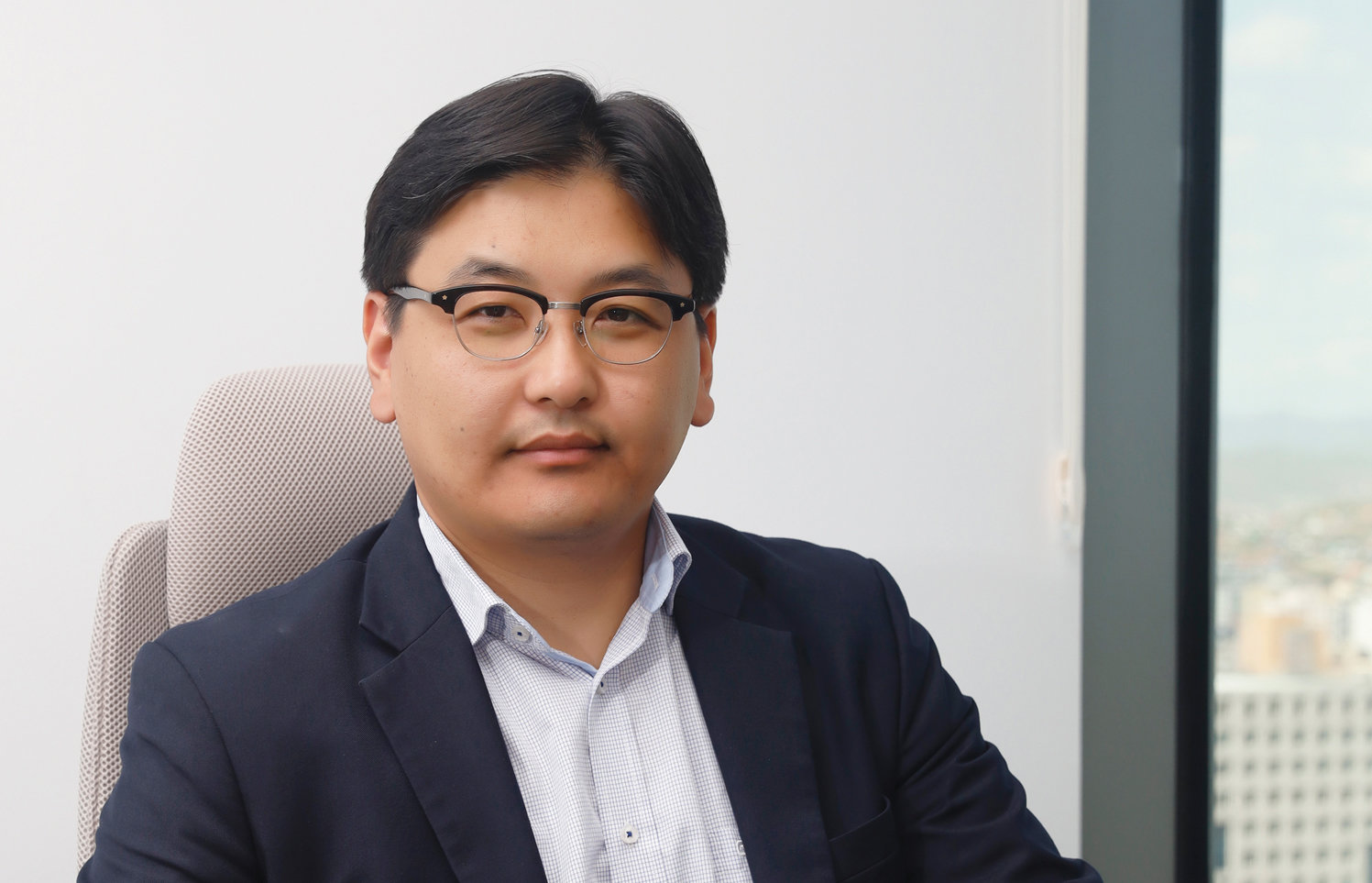 What do you think of the proposed national wealth fund?
Mongolia already has the necessary legal environment for proper management of its mineral resources revenue. What it needs is to pay more attention to see that the laws are followed and money actually goes into these savings funds and stays there. The Fiscal Stability Law was passed in 2010 to protect the state budget against fluctuations caused by mining “cycles” but in fact, an amount not lower than 5 percent of the GDP, mandated in the law as amended in 2017, has not been put into the Fiscal Stability Fund, let alone the 10 percent envisioned in the original. It has become common practice to dilute initial expectations through amendments but even these are not observed, thus allowing budget deficits to stay in place.

The Future Heritage Fund Law passed in 2016 is a good one aimed at making it a long-term savings fund, but here, too, enforcement on the ground is the key to its success. Mongolia will not save mining revenue for later use by passing a new law or by establishing a new fund. Most institutions operating in Mongolia’s financial sector have insufficient financial resources, and some of them are actually almost empty. So why have a new dry tank instead of filling up the one that is already there? This will put more pressure on the existing system. I would put stress on a careful study of existing conditions to determine whether we need new laws or should go for more effective enforcement of the laws we already have.

How does the pandemic affect ADB’s earlier announced outlook for Mongolia’s economy in 2020?
Even before the pandemic hit, we had lowered the economic forecast for the year by 4.0 units. Then we made a fresh estimate in June that GDP would grow -1.9 percent, mainly because of the negative impact on the mining and industrial sectors. Our September forecast put growth at -2.6 percent. Things have started looking up from July-August, with the price of some metals such as gold and copper rising, more gold production, and increased coal export.

Even if the GDP shrinks no more than 2.6 percent, it will be a deep crisis, no?
That would be the deepest since 1993 and the first since the 2009 crisis. It would have a negative impact on all sectors of the economy. Fall in exports, foreign trade, and currency flow means difficulties for the state budget, and for monetary and financial aggregates. All sectors across the economy feel the pinch, and the worst hit is the private sector, particularly the micro, small and medium businesses which employ a great number of people. According to the National Statistical Office, 33,000 or 13.9 percent of the employees in five sectors -- processing industries; transportation and warehousing operations;  hotels, housing and catering services;  entertainment and gaming; and  energy, gas, steam and ventilation supply – lost their jobs in the first half of the year. Banks are in trouble. Such difficult times demand a policy protecting workplaces and household income, ensuring social and financial stability and making structural reforms in the economy.

How does the ADB see Mongolia’s economic recovery in 2021?
According to the updated Asian Development Outlook, the recovery next year would not take things back to the pre-pandemic level, as it would take more than just a year to mitigate the losses now. Mongolia’s economy is expected to grow 5.1 percent in 2021 from the final 2020 level, with more exports, the mining and industrial sectors gaining strength, and increased domestic demand. However, there is no certainty that everything would go according to expectation. The pandemic might persist and restrictive measures might continue, further delaying the world’s, and Mongolia’s, economic recovery.

How are other ADB member countries coping with the crisis?
What they did after the first quarter of 2020 was to realistically assess the situation, identifying the risks to the economy, the financial sector and social stability.

This was followed by prompt policy adjustments. The resultant packages of policies and programmes is commonly called “anti-crisis countermeasures”. Whether the new policies were the best possible, or if they would actually help sectors in most need of support, whether they would alleviate the negative impact on citizens, the private sector and the financial sector are not yet known, and their ultimate success would depend very much upon how well they understood the risks.
The pandemic crisis is different from the usual crises stemming from demand-and-supply imbalance or balance of payment etc. Also, how long the recovery would take is anybody’s guess. No previous crisis has been so widespread geographically or affected core fundamentals so strongly. Every country would have to rethink its macroeconomic policy to allow it to protect the security of its population and maintain social stability.

ADB member countries have taken up programmes doing exactly this by protecting workplaces, and by not risking the stability of the economic sector. These programmes are financed by the Government, with prudent use of monetary policy tools, aid from international organizations and often domestic loans. Protecting citizens’ health and jobs, persisting with social welfare measures, and maintaining financial stability are the absolute priorities everywhere and for this we have to be clear-eyed, not underestimating or understating the risks or the impact. Assessments have to be constantly reviewed and policy adjustments made whenever needed.

How effective have Mongolia’s own policies been? What more should we do?
The priorities were protecting public health, rendering social welfare, ensuring citizens’ income and financial stability, protecting vulnerable groups, etc. Money from the state budget was used for this. According to a national performance review after the first half of the year, the Government’s policies were reasonably successful.

Loans to the private sector can be effective in protecting jobs, in arresting depreciation of internal assets, and in holding up the tax base. Many countries are doing this for the above reasons as also to allow uninterrupted cash flow into the economy to forestall a credit crunch and to support financial stability. Rendering liquidity support to micro, small and medium businesses has a positive impact and the loans are usually recoverable, meaning the money is multiplied. This can be tried in Mongolia.

Next year’s budget is expected to have a significantly lower deficit than this year’s. Do you this is doable?
Bringing down the deficit from 7.4 percent of the GDP to 5.1 percent is a positive goal, and a step towards reaching the long-term target of keeping the deficit at less than two percent and ultimately of having a balanced budget. The prerequisites for achieving this aim are increased exports and re-activation of businesses, as these would lead to increased budget revenue. At this moment it is not possible to say how things would unfold in 2021.

We should be ready for the eventuality that the economy would not recover to the expected extent, that lower revenues would mean a deficit budget, and that the private sector would continue to be in trouble, leading to high unemployment and an uncertain financial sector. In such a situation, budgetary expenditure would increase, but the potential for that is limited. It is possibly too much to expect things to get so much better so soon or that all issues would be resolved if only the fiscal policy is rightly applied. That policy is important, but it has to be in tandem with appropriate monetary and lending policies to overcome the present crisis. However, the following principles have to be observed at all times: budgetary expenditure programmes should be carefully planned and properly and efficiently executed, and the fiscal policy and the monetary policy should work towards the same end.

Parliament favours lower loan interest rates. Will this not lead to inflation?
Easier borrowing can very well boost the economy but Mongolia lacked the positive environment to try this in the last 10 years. An effort is being made now. Whether this would lead to inflation depends on many factors that cannot be predicted: the general state of the economy, the business environment, adequate and regular cash flow, enough financial resources, and low risks for both the lender and the borrower. These risks remain high in this pandemic situation and it is difficult to see how lending rates can be brought down now. At the same time economic entities need cash but it is not available as in a time of crisis, banks have to be more careful. It seems that before lowering loan interest rates, the emphasis should be on increasing banks’ resources and on assuring them of regular repayment, which would need some support to the borrower in using the loan productively.

Every crisis is believed to throw up opportunities. What opportunities have been created in Mongolia by the pandemic?
There is more and stronger awareness of the imperative need for serious structural reforms in many sectors -- health, education, public service, security market, governance, administration, labour, digital transition, agriculture, food supply, security, emergency risk management, export competitiveness, domestic production of non-mining goods, productivity, technology, innovation and so on. The need has been there for long but only the present crisis has given us the opportunity to admit its urgency.