How miners are being successfully protected 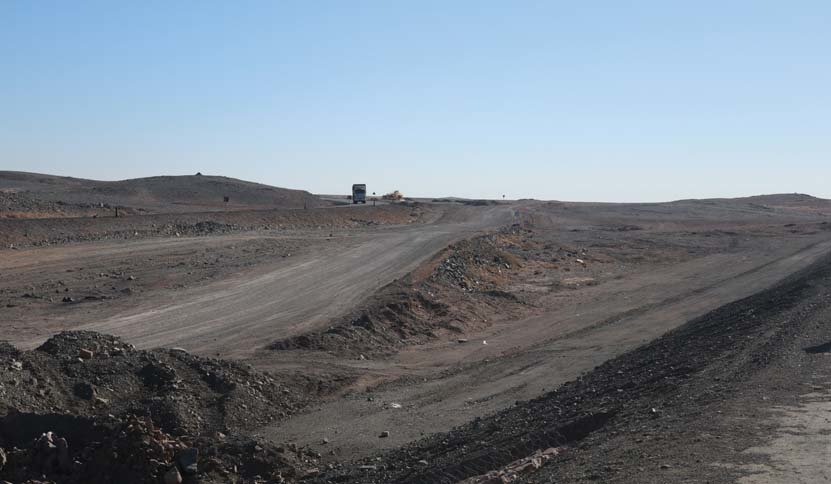 With the number of locally transmitted cases rising, the mining sector is also in a vulnerable situation, but as it is the mainstay of the national economy, the government is determined that normal mining operations are not interrupted. Special efforts are being made to keep the virus away from Umnugovi aimag, Mongolia’s mining hub. A “green zone” has been demarcated near the border and there are also “safety zones”, intended by the Government to protect all inside them from the risk of being exposed to the virus.  A working group headed by O.Batnairamdal, Deputy Minister of Mining and Heavy Industry, is camping in the mining zone to supervise strict compliance with the infection control regime put in place, so that mining does not stop and export continues.

The entire area under mining has been divided into 18 safety zones, covering the operations of 25 companies in deposits such as Oyutolgoi, Tavantolgoi and Nariinsukhait. The Green Zone is spread over the Gashuunsukhait border area, through which mineral products worth $2 billion are exported annually. These include 51.4 percent of the coal and 55 percent of the copper concentrate exported.

The 25 companies in the 18 safety zones account for our total copper concentrate, zinc and crude oil export, 95 percent of coking coal and 70 percent of thermal coal export, and 90 percent of iron ore export. Arrangements have been made for normal supply of spare parts and other things, and operations are run under a contamination-free umbrella which has been successful in keeping the virus out.
The Government closed the borders in February, 2020 to arrest the spread of the pandemic, and as a result, there was no coal export for almost 40 days. Things improved somewhat with time but both the pace and the volume of export were economically unsustainable. The mining ministry, tasked with finding a way out, came up with the Green Gateway regime from August 1 and this proved to be a big success and at the end of August, exports had gone up almost to pre-pandemic levels. But there was a setback in November as, after a spike in the number of covid cases in Mongolia, China imposed strict and time-consuming testing procedures for truck drivers at its Gantsmod checkpoint. This was the end of the Green Gateway days, which had owed their success to the arrangement that Mongolian truckers could spend a night in Chinese territory. This was no longer possible and now the Government set up the Green Zone.

The first challenge was before the border, at Tsagaan Khad, where the trucks changed hands and it had to be ensured that contact between the two sets of operators was kept safe and to a minimum. This was done by faster testing, with the help of 3,000 testing torches, but the Chinese would accept only PCR test results. A mobile laboratory was brought but China refused to trust its efficacy and said its people would do the testing before allowing anybody to cross the border. This demand caught Mongolia unawares and the confusion was enough to bring the minister and senior officials to the site and take prompt decisions. The Chinese have agreed to do the PCR test after taking the operators across the border by bus and are doing things in a more organized manner. Their number is still not many but coal trucks are crossing the border and by the time this appears in print, it is expected that more order would mark the entire testing schedule and coal transport at Gashuunsukhait would be quicker.

One positive to emerge from the present situation is that coal exporting companies, generally found competing with one another, have come together to find a way out through joint efforts. State-owned and private companies, and large and not so large miners are united in their need and resolve to overcome the constraints of the pandemic. Mines, by the very nature of their work, usually have a plan to face an emergency situation, and now they have to adapt these to the challenges of the pandemic. Batnairamdal has explained that a comprehensive plan would be followed at three levels inside the safety zones: First, preventive measures strictly in accordance with international standards; second, measures to be taken in the event there are cases of covid; and third, quick restoration of operations. Representatives of coal exporting companies have met in Dalanzadgad to familiarize themselves with the plan in all its details, and to exchange experiences.

Some 7000 trucks are involved in long distance transport from deposits at Tavantolgoi and another 5000 in short hauls in the Gashuunsukhait border area. Providing proper sanitation and hygienic measures for the large number of people who are in so many ways involved in operating these vehicles is enormous work and Batnairamdal’s working group wants a government official to be put in overall charge of the job. The Tsagaan Khad control zone is seen as the one most at risk. Back in the safety zones, the ETT mine -- which accounts for 7 percent of the country’s GDP, 8 percent of the tax revenue and 41 percent of the coal export -- is under military protection.
New norms on work shifts and movement of employees of exploration and extraction companies as also of petroleum production companies were approved by the Ministry of Mining and Heavy Industry on December 7. The companies would now have to submit their requests and plans to the Mineral Resources and Petroleum Authority.

A balance has to be found between the risks of keeping mining workers on the job for too long at a stretch and the risks of too frequent changes in workers’ groups. It has been decided that the period of being on duty would be between 21 days and 35 days. Altogether 145 companies submitted a list of their employees, running into thousands, who have to be taken from Ulaanbaatar and other places to work at the beginning of a shift, and to be brought back from mines. The Health Ministry arranges for their testing, and planes, buses and other vehicles are used for transporting them to and from their mine.