Atomic Energy Law to be amended to attract investment 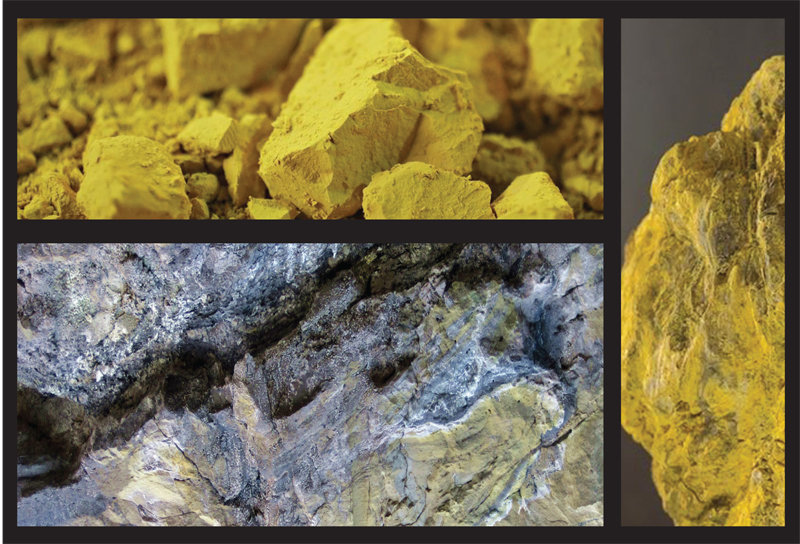 The Atomic Energy Law, amended six times since it was passed in 2009, is going to have fresh changes to bring its 8 sections and 51 articles in conformity with the post-amendment Constitution. A working group headed by N.Myagmar, Chairman of Legal Department of the Government Secretariat, and with members representing several departments has been set up to prepare the draft amendments. It is still early days and the group is yet to determine the overall rationale for the amendments, but it has started receiving ideas and proposals from the Government Secretariat and from ministries and agencies.

Obviously, the focus of the changes would be to bring the law closer to the spirit of the Constitution as it stands now, but they would also seek to eliminate present anomalies, ambiguities and contradictions, so that proper use can be made of radioactive mineral resources, while ensuring that such use does not pose any hazard to people, the flora and fauna, and the environment. Mongolia’s record shows that since 1972, it has strictly fulfilled all its obligations under international agreements and conventions to which it is signatory, such as the Treaty on the Non-Proliferation of Nuclear Weapons and Agreement on Application of Guarantees Related to the Treaty, the Convention on the Physical Protection of Nuclear Material, the Convention on Early Notification of a Nuclear Accident and the International Convention for the Suppression of Acts of Nuclear Terrorism. When it comes to implementation of national laws, however, the result is not so satisfactory and the idea is to change this.

The Atomic Energy Law was framed under guidance from the International Atomic Energy Agency (IAEA).  Thus its provisions adequately meet international requirements in regard to mining and processing radioactive mineral resources, using atomic energy, and ensuring protection from radiation. Export of uranium is prohibited, all radioactive mineral deposits are identified as being of strategic importance and the percentage of state ownership set out. It is a model document regulating the use of radioactive minerals for peaceful purposes, but there has been a growing demand for their more commercial use.  Studies suggest that a more supportive legal environment could bring back up to $40 million of investment in exploration in the uranium sector.  Several such licences were granted in or soon after 2009 but a decree issued only a few months later by then President Ts. Elbegdorj ended the practice. This was the situation until 2015, when the Atomic Energy Law was amended to entrust the grant of such licences to the Mineral Resources and Petroleum Authority.

Similar transfer of responsibilities to different organizations followed over the years and procedures became unclear, with the consequence that investment in the sector has practically stopped. Mitsubishi of Japan has sold its share in a joint venture and exited the project. It is necessary to make the legal environment clear and unambiguous, to reconcile the several differences and contradictions in the law as it is now. A joint study by the Ministry of Justice and Domestic Affairs, the Ministry of Mining and Heavy Industry, and GIZ has identified 4 duplications, 20 ambiguities and 15 gaps in the Atomic Energy Law. Once these are ironed out, the legal environment in the uranium sector will be more investor-friendly.

Since radioactive minerals per se are minerals of strategic importance, it is only fair to have a law that would help the Mongolian people get more benefits from them, as mandated in the Constitution. Articles 5.2 and 5.3 of the Atomic Energy Law direct the  government to bear the costs of developing a deposit proportionately to the percentage of its ownership -- 51 percent or 31 percent or whatever -- of the joint venture set up for the purpose. This is not a viable option at present, and the amendments are expected to release the government from the responsibility of sharing costs by forgoing its ownership – and thus any claim to enjoy dividends and profits. This loss would be made up by receipt of royalty, but all this would need an investor who would be responsible for all the expenses of development. The Nuclear Energy Commission has already noted that it favours such an arrangement made possible by amending the law.

The group has its work cut out. It would have to make thorough and detailed study of the experience of other countries and of documents and recommendations issued by the IAEA including, but not limited to, those on making post closure reclamation and its proper monitoring. Both the licence holders and the various government organizations must know what the law expects of them. A clear understanding of the law is the prime requisite for its observance and implementation and for execution of corrective measures.

The amendments are expected to bring in more investment in the uranium exploration sector, and would also identify fresh areas with radioactive mineralization in the territory of Mongolia. These details would have to be shared with the public so that when licences are granted people would not make uninformed objections. There have been several instances of significant uranium projects failing to be launched because wrong and negative information was spread among the local communities.

A clear perception of the law, and of everybody’s legal rights and privileges, is essential for all stakeholders to work together. Easier access to more information and improved transparency would lead to more fruitful cooperation between government organizations and the private sector, and between the local administration and citizens. One is sure the amendments would prohibit any dumping of other countries’ nuclear waste in Mongolia, and also its transit through the country.