Will the limitation to the budget stability be continued to be violated? 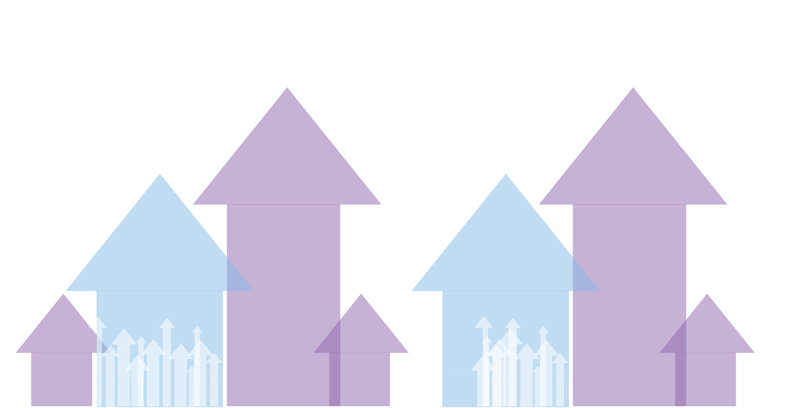 It is required to set budget limitation in the Constitution

In March of this year Finance Minister B. Javkhlan indicated it was to early to say if the budget spending limit would be amended. The minister stated “Although citizens are demanding and amendment to the budget, it is not an issue I can resolve. To date, budget expenditures have not been interrupted and investments have not stopped.” But the pandemic continues to worsen the border points remain closed and the national economy remains at risk. The current macroeconomic forecast for 2021 has “turned” from the original created earlier this year. It is expected that the budget deficit will increase to 8.8% of GDP, past the Budget Law limit and will require a new amendment. Last year the finance minister predicted that 2021 would be the year where Mongolia returns to complying with fiscal limits.

The Budget Stability Law states that parliament cannot exceed the balanced integrated budget by more than 3.6 % of GDP for the current year, by 2.8% in 2022 and should be below 2% by 2023. But in June, prior to Naadam, parliament changed the law to a cap the deficit at 8.8% in 2021, 5.1% in 2022, 3.6 % in 2023 and 2.8% in 2024. According to the National Statistics Office, the total equilibrated balance of the state integrated budget (the difference between the equilibrated revenue and total expenditure of the integrated budget) for the first six months was in deficit of 1.1 trillion MNT. Currently, 79% of budget revenue is from taxes, 12% is from non-tax fees and the remaining 9% comes from the Future Heritage Fund and the Budget Stability Fund.

This year’s budget amendment is unique as the cost overruns are dedicated to resolving the impact of the COVID pandemic. Specifically, it is directed at reducing pandemic risk, supporting the health sector, protecting citizen’s income, and keeping to the austerity regime set out by government organizations. A total of 735 billion MNT (241 billion from the state budget and 494 billion from the health insurance fund) of additional funding was allocated to the health sector in the amended budget. An additional 576 billion MNT was allocated to providing an additional 100,000 MNT per month cash allowance for each child till the end of this year.

In this case it is praiseworthy for the amendment to pursue a policy directed at the health sector and mitigation the pandemic impact on families. But it has become acceptable behavior and not a sin to raise the issue of changing the Budget Stability law each time there is a desire to amend the budget. Over the last two years parliament approved a deficit of over eight billion MNT, with at least 50% being spent on “inefficient” projects. According to the passed amendment, the projected revenue for 2021 is to be 13 trillion MNT with over 15 trillion MNT in expenditures leaving a 3 trillion MNT deficit.

It is clear that the financial situation will worsen if we do not stop violation of budget stability limits, not set budget limits in the Constitution, and fail to plan the budget properly. It is important to remember that even the Constitution of 1940 had articles and clauses setting budget limits. In making amendment to the Constitution in 2019, a new article stating that “While discussing and ratifying the State Budget, it is prohibited to change the structure of the budget revenue and expenditure and increase the amount of the expenditure deficit of the budget presented initially by the Cabinet” was included. However, it is customary practice for the MPs to pass budget drafts presented by the Cabinet that exceed expenditure limits and increase the deficit. This exception of increasing the budget expenditure beyond the approved budget should be limited by the Constitution. There are only a few laws - the Constitution, Budget Law, Parliament Law, Government Law and Law on Budget Stability - that regulate the basic budget principles. However, since the COVID 19 pandemic outbreak, the national revenues have decreased. Moreover, Parliament passed the Law on Preventing Coronavirus Infection Pandemic and Reducing Its Impact last spring. This law has an article stating that “For the purpose of increasing relevant anti-crisis fund, budget adjustments will be made between the budget governors-general and between the capital and the current expenditure without increasing total amount of the expenditure of the ratified budget.” Currently, this article creates tension between the Parliament and the Cabinet when ratifying budget amendments This strange article impacts government investment and expenses. Through this law, Cabinet and not Parliament becomes responsible for budgetary decisions.

But the finance minister has repeatedly raised the issue that the article on “transferring and spending” is set in the Law on Preventing Coronavirus Infection Pandemic and Reducing Its Impact and stresses that there is sufficient revenue being generated and there is no need to make any amendments to the current budget. The issue of transferring minister’s recommendations between the budget governors-general is regulated by the Parliament Law and the Budget Law. In other words, the right to make and pass budget amendments is the responsibility of the Parliament, with no direct authority to the Cabinet. It seems that if this controversial issue continues in the future, it will need to be submitted to the Constitutional Court.

It is true that the health sector is in a difficult situation and that the budget allocation is insufficient. Experienced economists say that if the health minister had additional funding in addressing the pandemic outbreak, we would not be in the current situation. Specialists from the Ministry of Finance highlighted that although additional funds have been allocated for the health sector through the budget amendment, these funds will not be provided to the Health Ministry until the end of August.

The government is strongly focused on increasing mineral export volumes. Since the beginning of the year, measures including vaccination of all truck operators, announcing main border crossing points for export as green zones, establishment of Mine Safety Zones, have been implemented. But infections have been recorded at the Gashuunsukhait crossing point and the Tsagaankhad trans-shipment point resulting in strict quarantine measures and border closures, having a negative impact on the exports. Currently, China and Mongolia cannot guarantee that the border crossing points will remain open over the next six months. This will depend on the pandemic infection situation.

According to the ratified budget for 2021, it was estimated that the price of the pure copper would be 6,500 USD per ton and coal prices at 89-195 USD per ton on the international markets. Copper has exceeded expectations and is projected to average at 9,076 USD per ton in 2021. This has permitted for the forecasting of an additional 572 billion MNT in copper revenue as part of the budget amendment. It was recommended that 261.6 billion MNT be allotted to the stability fund, 68.5 billion MNT to the Future Heritage Fund and 242 billion MNT to the state budget. However, according to the amended budget, it has already been approved to reduce the allocation to the Future Heritage Fund by 111.7 billion MNT.

The Future Heritage Fund has accumulated 65% of its projected contributions from mineral sales and will remain locked until 2030. However, the loss of revenue caused by the reduction in coal exports is being compensated by the surplus copper revenues, with the majority of the surplus to be lawfully allocated to the Budget Stability Fund.

There is a risk that if the average copper price is overestimated it will result in a lower contribution to the Budget Stability Fund. Although economists extol the necessity to estimate a low average copper price, keep budget expenditures low and contribute more to savings, authorities act in opposition. It was estimated that the mining sector would generate 26 percent of the budget revenue. Currently it is uncertain that will it achieve this target as there are many uncertainties. There is little hope of improving Mongolia’s economy in the next three years due to a lack of infrastructure development. Will OyuTolgoi’s underground mine be commissioned on time? Negotiations around the cancelling of the Dubai Agreement and improving the investment agreement between the Government and Oyu Tolgoi have stalled. Although it is said that the Tavantolgoi-Gashuunsukhait railroad will be operational next year, there has yet to a solution to the border connection point issue. Although the wide gauge railroad reaches the Gantsmod border crossing point, there are still many issues including the transfer of thirty tons of coal from trains at the terminal is still unclear. The slowdown of mega projects will impact significantly on the budget revenue.

Covering the budget deficit through bonds is not the right way

There are many economists criticizing financing the deficit by raising bonds increases the risks. Last September, before presenting the 2021 draft budget to Parliament, the Nomad bond was issued and raised 600 million USD with the interest of 5.1 percent. However, the Ministry of Finance announced that prior to ratifying the 2021 budget amendment a total 1 billion USD had been secured from international financial markets a would bring savings to the economy in scope with the Century Debt Management. It managed to refinance the billion-dollar Chinggis and Gerege bonds at a lower interest rate. Historical and current events have shown that although budget deficits can be managed through debt financing, bonds with terms under 10 years will not be beneficial and will only keep Mongolia’s economy paying interest.

In general, Mongolia needs to limit the issuance of new bonds and separate itself from the habit of covering budget deficits with bond debt in order to reduce economic pressures. The 132.6 million USD balance on the Mazalai bond was settled in April 2021. This reduced the pressure from medium term foreign debt to by 600 million USD. However, the pressure from the principal on the budget high. There are scheduled payments of 2.3 billion USD in foreign bond payment due from 2022-2024. According to the amended budget Mongolia’s debt will reach 61.3 percent of GDP in 2021, 63 percent in 2022, 59.7 percent in 2023, and 54.5 percent in 2024, respectively. This shows that budget requirements from Government debt will once again exceed the legal limit set by the Law on Budget Stability.   The total debt Mongolia owes is 30 billion USD and spends 3 trillion MNT per year in servicing the debt.

If the current budget expenditures remain high and the investment projects are not properly prioritized and implemented, there is a risk of increasing budget deficits and debt resulting in the Dutch Disease scenario. Anyone asking if there is budget management in Mongolia, it would not be wrong to answer “no.”  The delays in implement the needed mega projects put them further into debt. This year the Khoshigiin Khondii airport was commissioned four years after its projected opening with Mongolia paying throughout for the loan. Currently only one of the three sections of the oil refinery project is under construction. In this day no one is speaking about the transportation network and its capacity to deliver products. Extending the terms of infrastructure projects is increasing the expenses and accumulating more interest. Without them, the much-needed income has been delayed.