Green economy and green energy:  much more to do 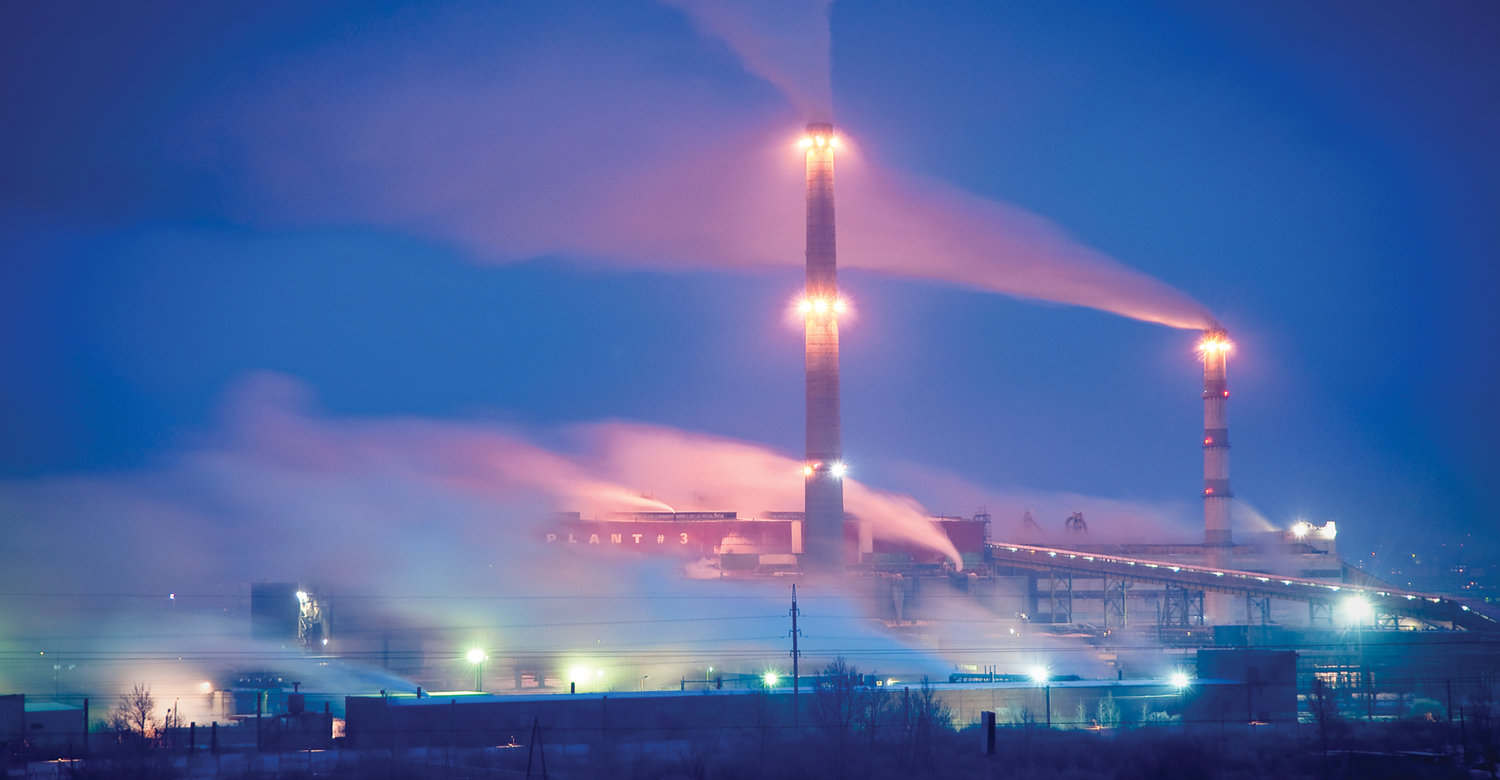 Alongside the COVID-19 pandemic, the energy crisis has begun to affect the world. By October, gas prices in Europe had increased fivefold due to supply shortages. Oil supply shortages have also followed. The current instability of world’s economies is largely due to the pandemic, but there are many other contributory factors.

At the heart of the crisis lies the challenge of reducing greenhouse gas emissions while ensuring a reliable supply of energy. Countries have imposed several short and long quarantines over the past two years to prevent infection spread.  A consequence has been disruption of business relations between countries and reductions in production which, in turn reduced energy consumption. According to the International Energy Agency, in 2000-2018, global energy consumption had increased by an average of 2 percent per year, while in 2019, it decreased by 0.8 percent and by 4 percent in 2020.

Interestingly, China was the only country to increase energy consumption. It accounts for 24 percent of  global energy consumption. This grew further by 2.2 percent in 2020. The countries with the largest decline in energy production were the United States (-7.6%), the European Union (-7%), Japan, Canada, Russia (-4.8%), India, South Korea, Saudi Arabia (-3%), Australia and Brazil (-2%). As a result, energy prices fell by an average of 4.7 percent, not seen in the last 70 years. For example, the price of gas in Europe almost halved to $ 113 per 1,000 cubic meters in 2020 compared to 2018. In October 2021, European gas prices reached $ 1200 per 1000 cubic meters and hit a record high of $ 1900 on 6th October. Several factors contributed to the sharp rise. Renewable energy production in European countries has increased dramatically over the past decade as part of a green economy and green energy policy. But renewable energy is directly dependent on climatic conditions. Europe made full use of its natural gas resources in the relatively cold and long winter last year. But, followed by a summer with almost no wind, which affected renewable energy production.

China, the world’s second-largest economy, is also facing an energy crisis. The country is trying to overcome this by increasing raw coal consumption, so as  to maintain a stable supply of electricity and heat, despite its strict green energy policy.
The energy crisis is ultimately becoming a burden on consumers through rising prices.  The International Energy Agency warns about the global transition to green energy. Under the Paris Agreement, investment in conventional energy production has generally declined as countries shifted to green energy as part of their efforts to reduce greenhouse gas emissions. However, investment in green energy, or renewable energy, is insufficient to meet  growing demand. In a recent speech to the General Assembly, UN Secretary-General Antonio Guterres stated that the goals of the Paris Agreement are affecting the economies of developing countries,. Hence, global solidarity, effort and technical assistance are needed to navigate this transition period.

Mongolia’s energy is yet to become green

Mongolia has also fallen into an energy crisis this fall. The decision against burning raw coal in Ulaanbaatar was made three years ago, and citizens were provided with other coal briquettes. As a result, air pollution in the capital significantly decreased. Like the Europeans, who were hit by the price shock when they ran out of natural gas and didn’t have time to prepare for the winter, Ulaanbaatar residents, who thought summer was six months instead of three, also suffered fuel shortages in these cold autumn days. During the night, when the temperature dropped to -10˚C, ger area residents could not find fuel to burn. At the end of September, people who had been standing in long fuel queues were, instead, forming long queues to get for coal briquettes. The Minister of Energy explained that people were stranded because they were unable to add distribution points although more than 70,000 tons of coal briquettes was stockpiled in preparation for winter. However, Tavan Tolgoi Fuel, a producer of coal briquette, stated that the government should stop controlling fuel prices. The supply shortfall has barely been remedied, but there are unfortunate reports that the main fuel-binder is stuck across the border due to a COVID-19 outbreak border closure at the Chinese port of Erlian.

Since its transition to a market economy, Mongolia has not liberalised the prices of two most important strategic products - energy and fuel. Although generations of ministers and professionals have proposed to operate the energy sector according to market principles, there is still no political courage to liberalize the energy price, which is the base price of the economy.

The State Policy on energy sector development until 2030 determines the sector’s vision to “fully ensure the country’s economic growth, sustainable development, energy security and reliability and become an energy-exporting country with efficient, economical and environmentally friendly technology based on the private sector, regulated and competitive markets.” Mongolia’s long-term development policy document “Vision 2050”, approved by  Parliament in May 2020, states that “implementing a policy of dismantling state monopolies and liberalizing prices by having more suppliers in the energy sector will be important in the long run to develop efficient production based on low-cost energy resources, promote rational consumption, and ensure reliable and secure energy supply.”

The Government of Mongolia has made a number of decisions to increase energy production in recent days. For example, in the construction of Erdeneburen hydro power plant and the Tavan Tolgoi power plant. However, coal remains the main energy resource in our country. But the world is moving towards the concept of green energy and is moving towards eliminating coal from its main energy resource. The Paris Agreement commits the world to use environmentally friendly, safe sources and technologies by gradually reducing and eventually eliminating, raw coal consumption to meet growing energy consumption demands. Although there is urgent need to increase renewable energy resources, Mongolia does not have sufficient energy and heat resources other than coal; and the price of renewable energy remains relatively high despite the country’s urge to increase renewable energy sources. Under the Paris Agreement, Mongolia is committed to reducing greenhouse gas emissions by up to 22.7 percent by 2030.

Among the developing member countries of the Asian Development Bank (ADB), Mongolia has the largest energy dependence on coal. As of 2018, 93 percent of total energy concentrated in the Central Energy System (CES), the provider of more than 80 percent of Mongolia’s energy, was supplied by coal-fired thermal and power plants.

Although government-regulated energy prices and tariffs have increased slightly in recent years, this is not enough to cover the sector’s deficit. As of 2020, 1 kWh of electricity is produced at an average price of MNT 175.95 and sold to consumers at MNT 168.14. It has been more than a year since the Government was paying the price of electricity and heat with Erdenet Mining Corporation`s revenues to reduce the negative impacts of Covid-19. But it should not be forgotten that parliamentary and presidential elections were held during this period, and that the authorities’ compassionate decisions may have had  other objectives.

At a time when energy transition should be in full swing, there is great need to introduce clean energy technologies (such as renewable energy, storage technology, electric vehicles, hydrogen, and others), information and electronic technology solutions.

Most of the new power plants that the Government is planning to build are coal-fired. Currently, Mongolia does not have the opportunity to abandon coal consumption. Renewable energy accounts for only 4 percent of our energy production compared to 14 percent globally. Especially since the 2015 Paris Agreement, the share of renewable energy has been increasing annually. Although Mongolia cannot abandon coal consumption, the country is working towards green growth in two main areas: increasing renewable energy and reducing carbon emissions by implementing energy-saving and efficiency policies. The promise of the President of Mongolia U.Khurelsukh to plant one billion trees announced at the UN podium is also one step towards this goal.