A real step forward for the coal industry 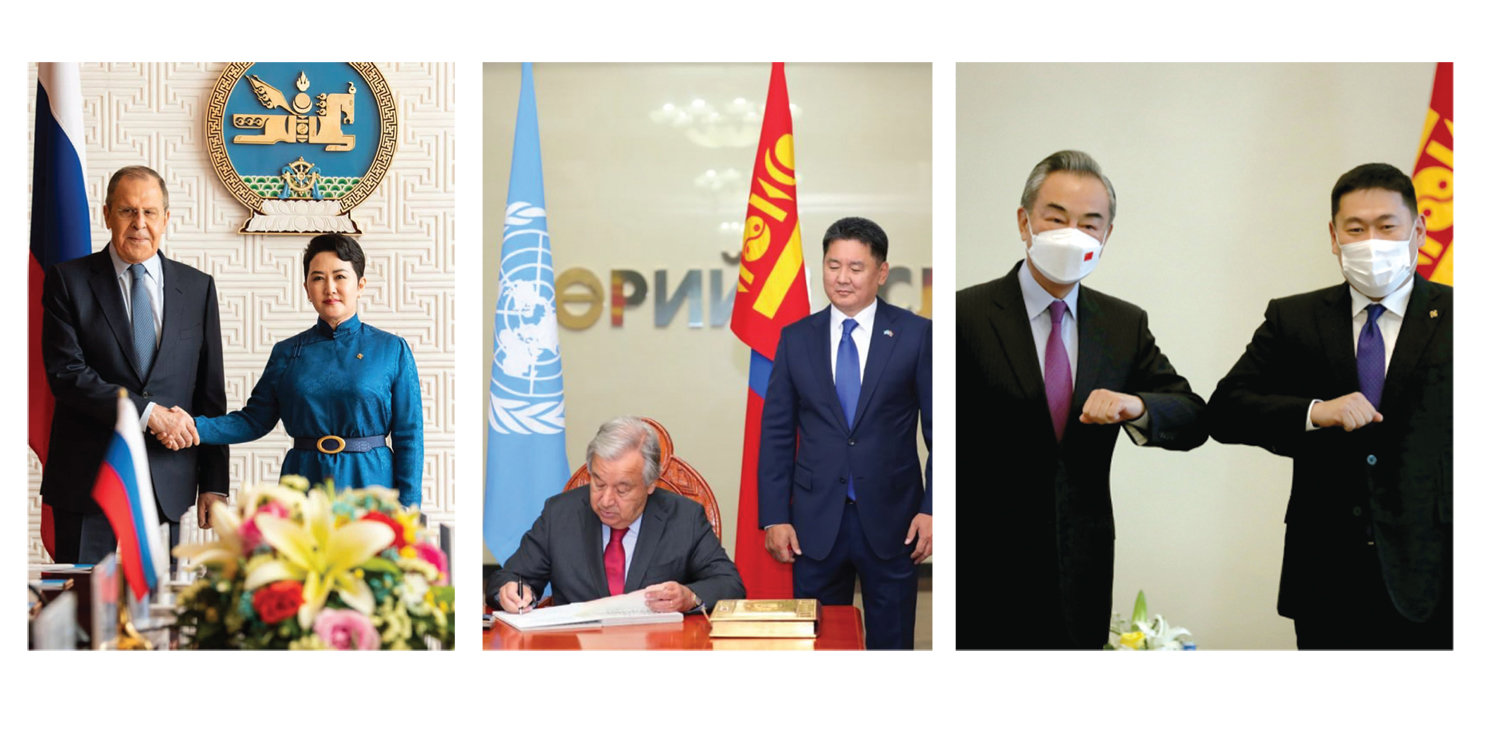 In the summer days while the war between Russia and Ukraine continued and China and Taiwan were on the brink of an armed conflict, Mongolia’s neutral foreign policy caught the world’s attention.

During his short visit (5 July) to Mongolia, Russian Foreign Minister Sergey Lavrov concluded that “the positions of our two countries in the international sphere coincide.” UN Secretary-General Antуnio Guterres said: “I am happy to visit Mongolia, which is a symbol of peace at a time when peace and tranquility are becoming increasingly rare in the world. Mongolia’s declaration of a nuclear-weapon-free zone is a bold step.” His visit to our country and his speech (08-11 August) raised Mongolia’s image in the international arena.

However, the visit of China’s Wang Yi (23-25 August) was unique in that it created conditions and opportunities for significant progress in the mining industry, including coal exports. During his visit, the two countries finally agreed to connect by rail the Gashuunsukhait-Gantsmod border crossing, which had been stuck for 14 years, and an agreement was signed on long-term stable coal shipments to China. The result of Wang Yi’s visit was a real success for Mongolians, who are usually divided into different parties and quarrel to get credit  themselves for all achievements.

Let’s recall that in 2013, during a state visit to China, Prime Minister N. Altankhuyag signed a Memorandum of Understanding to supply China with 1 billion tonnes of coking coal over 20 years, or 50 million tonnes of coal per year, and to develop a work plan. Unfortunately, the export railroad was bogged down in controversy and the coal was shipped to China in trucks. So, it seemed a distant dream at that time, and the prime minister was criticized by some as “’an empty populist”.

In 2011, Erdenes Tavantolgoi signed an agreement with the Chinese company Chalco, received an advance of $350 million, and handed out 21,000 MNT to each citizen. It was a time when Mongolia was going through difficult times, and unable to get out of debt. Considering that any provincial or khoshun governor in China could stop coal imports by refusing to buy, the signing of this MoU marked the beginning of a step toward reliable and stable coal exports.

In any case, we can say that this MoU on the sale and purchase of coal, signed by the two countries, has now become a reliable agreement at the political level. The reason is that the export railroads were built to ship coal and experimental transportation of coal began.
Most importantly, if the successor party does not forget or retract the promises made earlier at the political level, andinstead fulfills them without delay, it will be possible to transport coal by rail from Tavantolgoi to the Gantsmod border point in China. Thus, transportation costs will decrease, the physical volume of exports will increase significantly, and coal shipments will continue uninterrupted even during future epidemics and natural disasters. O. Batnairamdal, Deputy Minister of Mining and Heavy Industry, in an interview with The Mongolian Mining Journal, noted the progress made by the official visits of neighbouring foreign ministers. The recovery of coal exports has also begun to create highly profitable investment opportunities in U.S. dollars. Mongolia’s coal exports reached their lowest level in 2021, but began to recover significantly from the second quarter of 2022.

If this trend continues, 18 million tonnes of coal could be exported. Mongolia is only using 20% of its coal export potential and aims to export 50 million tonnes of coal in 2024. The issue of determining the standard price for export products has been discussed for many years, but no real solution has been found. However, ministries, departments, enterprises, and nongovernmental organizations in the mining sector finally came to an agreement on this issue, changed coal classification from 11 to 29 and were able to actually set a standard export price in accordance with international standards. In any case, it is now possible to increase the types of coal for export and tax revenues to the budget, while avoiding financial pressure on coal exporters.

On 7-8 September, the 10th international coal trade and investment conference “Coal Mongolia-2022” will take place. We would like to inform our readers that The Mongolian Mining Journal has been appointed as a media partner of this prestigious conference with the theme “Revival Together” for the 10th year. Therefore, in this issue of our magazine, we have prepared articles and information regarding the current state of Mongolia’s coal sector and infrastructure.

This year marks the 100th anniversary of Mongolia’s mining industry. The line Ministry plans to hold a “Mining Week” event combining the annual “Mongolia Mining-2022” exhibition and conference with activities, conferences and consultations to commemorate this anniversary. The Mongolian Mining Journal is also the media partner of this huge week-long event. Participants at the Mongolia Mining-2022 conference will seriously discuss government policy regarding the mineral sector, the investment environment, mining projects and border crossings, and outline the future of the mining industry.

To attract greater investment in the geology and exploration sector, the process of issuing exploration licenses electronically has begun, but not progressed far. Therefore, industry stakeholders expect the conference to provide practical suggestions, critiques, and solutions. This is due to the fact that geology and exploration are the main industries that attract investment. Let’s hope that these meetings will produce good and practical solutions.